January 5, 2012/sneha@groverwebdesign.com/Comments Off on Simon Says—A Lap Around Mid-Ohio with the Track Record Holder

“I have the all-time track record at Mid-Ohio—I think it was a 1:03:7.” It was at this point of my conversation with IndyCar, sportscar, Aussie V8 and rally driver extraordinaire, Simon Pagenaud, that I fell off my chair.

The 27-year-old Indianapolis-based Frenchman loves to go fast and in the last 12 months he has taken every available opportunity to prove it. Pagenaud has driven for the factory Peugeot squad in the Intercontinental Le Mans Cup, he’s been ‘super sub’ in the IndyCar Series, he’s been a factory Honda driver in the Continental Tire Series for touring cars and he’s even found time to rally a Citroen C2!

That blistering lap time at the Mid-Ohio Sports Car Course was set in a 2007 Champ Car (above) described simply by Pagenaud as “fantastic” with a “combination of power and grip that made that track layout really fun.”

One would think that the techniques required to steer 800 bhp of open-wheel fury like the Panoz DP-01 simply would have no correlation with a rear-wheel or all-wheel-drive production car. Simon begs to differ. “It is important to have a car that is the same on entry, mid-corner, and exit.” He went on to explain that the car “needs to be predictable from entry to exit. I want the car to drive into the corner by itself, I never want to force it with the steering. I want to transfer enough weight to the front of the car with my braking or by lifting but I don’t want to have to turn the wheel too much.  My belief is there is no ‘driving style’, you need to be able to adapt at every corner.”

The Mid-Ohio Sports Car Course is a perfect example of a track that demands adaptability. It’s a track where, according to Pagenaud, “you have to know how to drive in different ways to go fast.” And with that, we were off into Turn 1 (below). It was 2007 all over again and I was now a more-than-willing passenger on that epic lap. 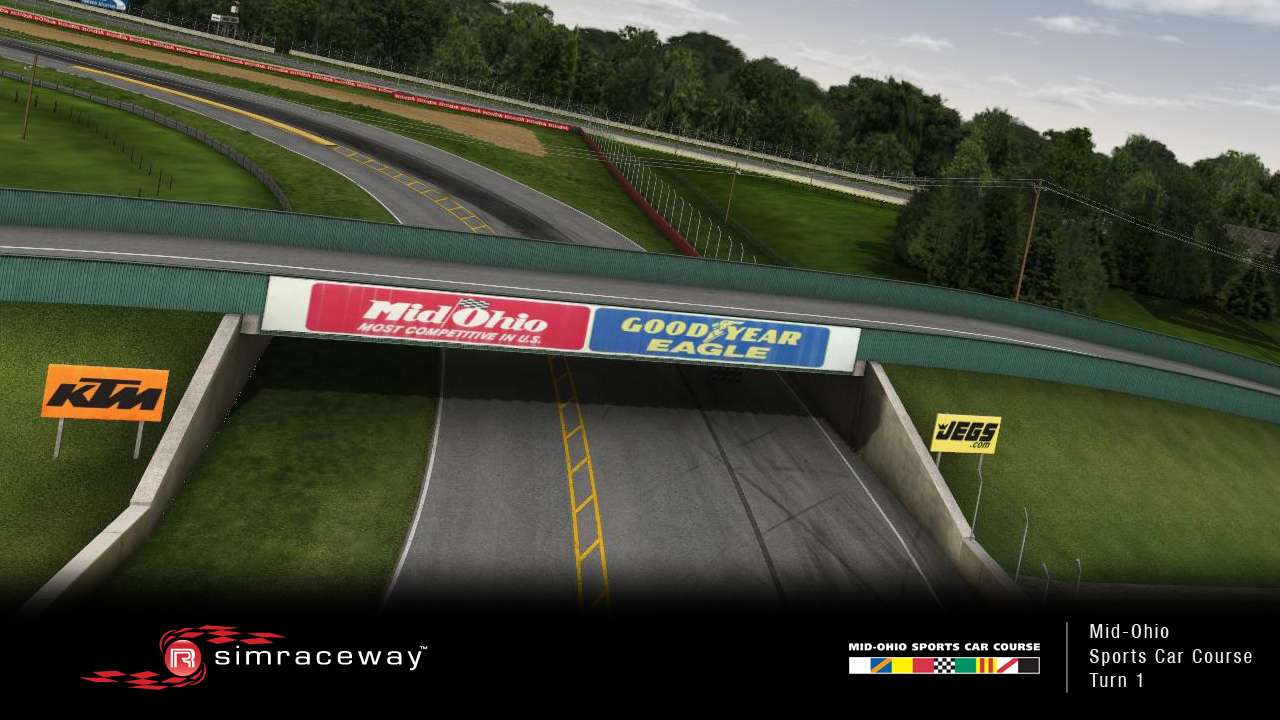 “You don’t brake, you just slightly lift and then get back on the power and there’s a very slight slide on the exit.” Simon was quick to explain that the margin for error here is tiny: “too hard you spin, not hard enough, you’ll understeer off!”

“The biggest issue with Turn 2 (below) is the level of understeer. You enter the turn at the top of the hill and you have to brake as you turn. The car gets light and you have to contain the rear as much as you can. The more you can turn the car in on entry, the less the front of the car will wash out in the middle of the corner.” 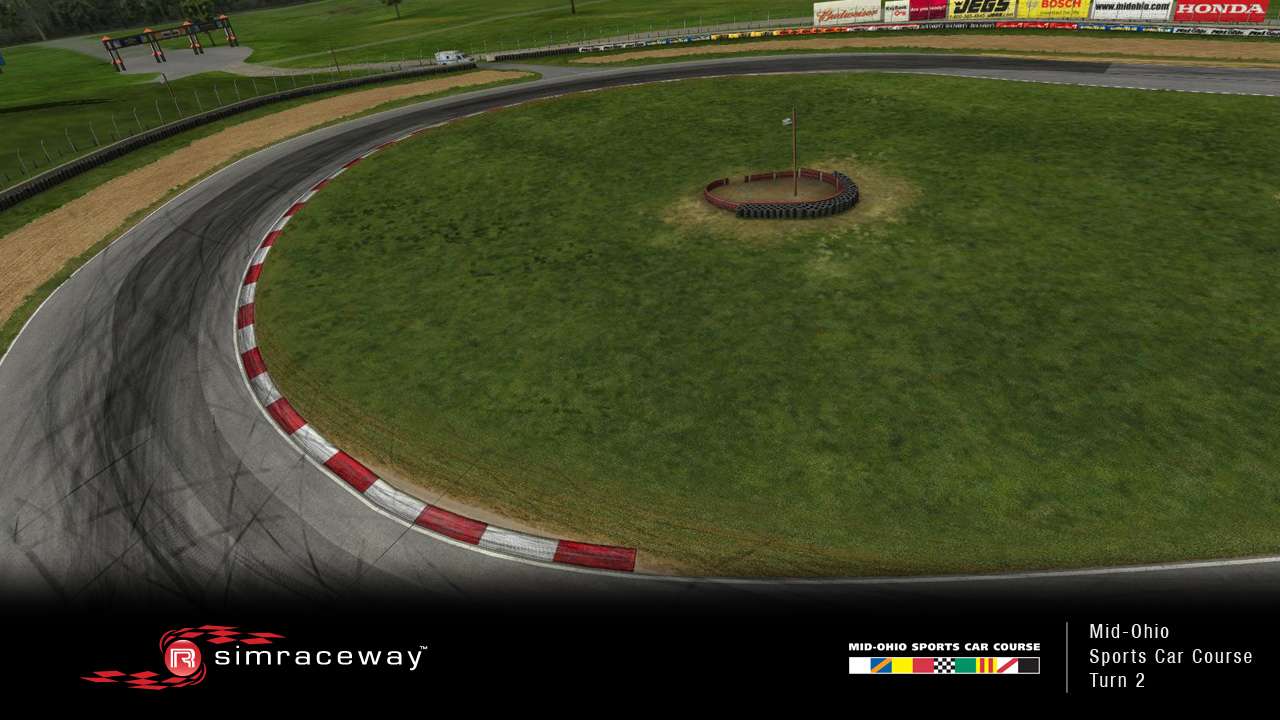 Early in the lap the driver is faced with the first challenge of their adaptability. “There are a lot of different lines: you can turn in early and ‘diamond’ the corner (in fast, out fast, slow middle) or go for an early entry and a long duration when you try and stay on the kerb all the way.” This technique helps the car rotate and it will help optimize your position on exit which, in turn, will mean you can get back on the throttle sooner (below, Pagenaud uses the technique in the Highcroft Acura LMP1 prototype).

Turn 3 is a flat-out kink that is almost an afterthought on a quick lap. Pagenaud described his mindset that day, how he was “thinking about Turn 4 from the moment [he] exited 2 and all the way down through Turn 3.” With speeds approaching 180 mph on a hot lap, the Turn 4/5 complex offers a thorough examination of the driver’s commitment. “You need to brake as late as you can, throw the car into the turn and try and carry as much speed as you can. You don’t want to think about going back on the power, there is no need.”

The winner of the 2011 Silverstone Six hours described Turn 5 as being “very tricky,” requiring the driver to stay on the inside as much as possible and then getting back on the power as early as possible in order to shoot into Turn 6.

Entering Turn 6, the driver has the option of going in deep and braking or lifting early and carrying the speed in. Pagenaud believes that the most effective set-up here is to have a car that oversteers and to avoid using the brakes. “You need to hook that kerb on the inside to keep you close to the right side so that you can go through the next section, Turn 7,  flat out.” 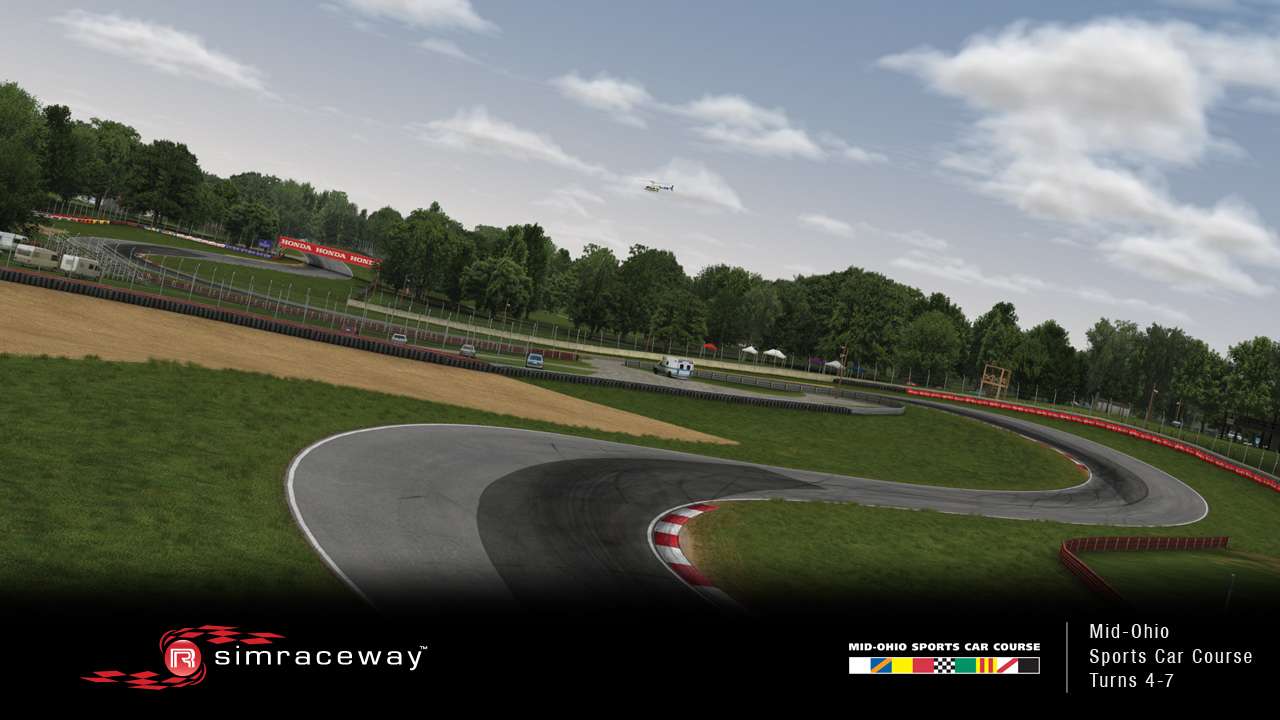 Pagenaud recalls how important the T4 to T7 complex (above) was during that record-breaking lap. “I was able to lift late enough to hook the kerb and from that moment I knew I was in the perfect place, not too wide and just at the right speed to go flat all the way to Turn 9. I knew it was going to be a good lap as it was tidy and I was patient.” 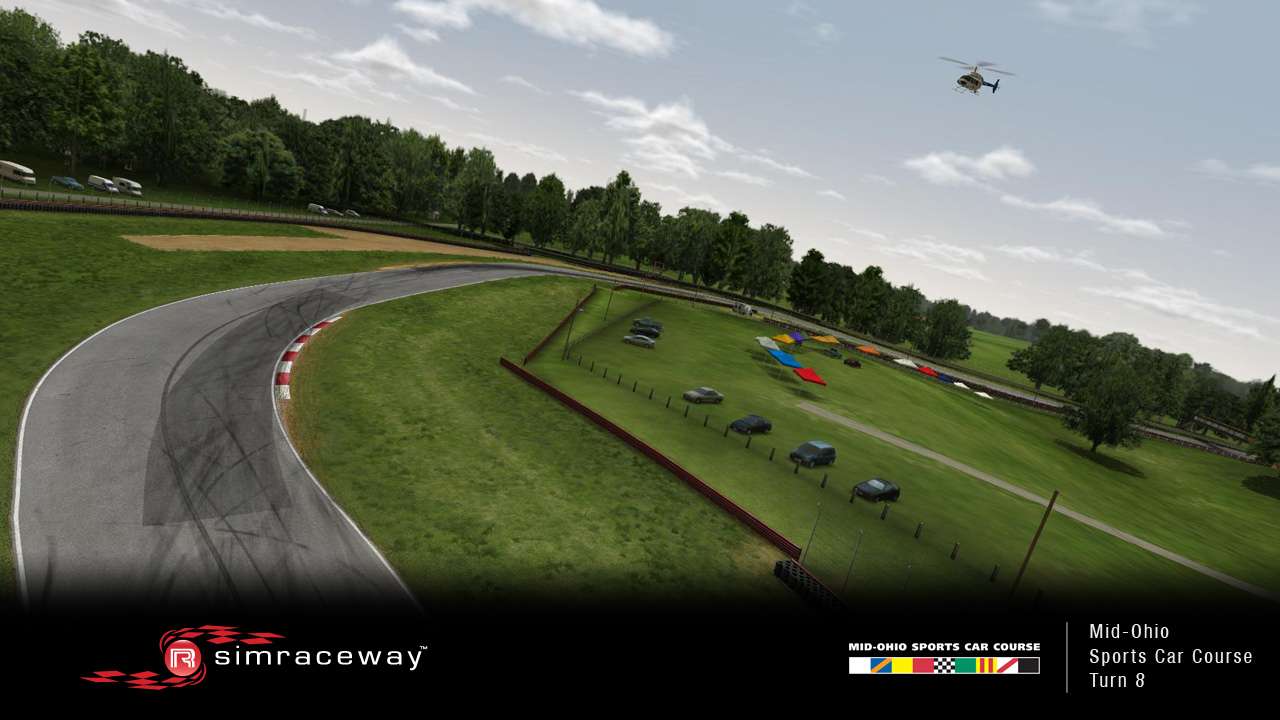 Turn 9 (below) is “the toughest corner on the track,” he continued, “you are committing to Turn 9 in Turn 8 (left) and you have to brake between one and the other. Braking has to be light here as you will have to turn as you brake and hook the kerb again on the inside and, if you can turn late enough with enough steering, the car will rotate by itself and shoot you to the exit. It’s very stressful as you have to be very precise. It’s fast and there is no margin for error! If you are 12 inches off the apex there, you can’t put the power down and 12 inches at these speeds is difficult to achieve. It’s not easy to do every lap.” 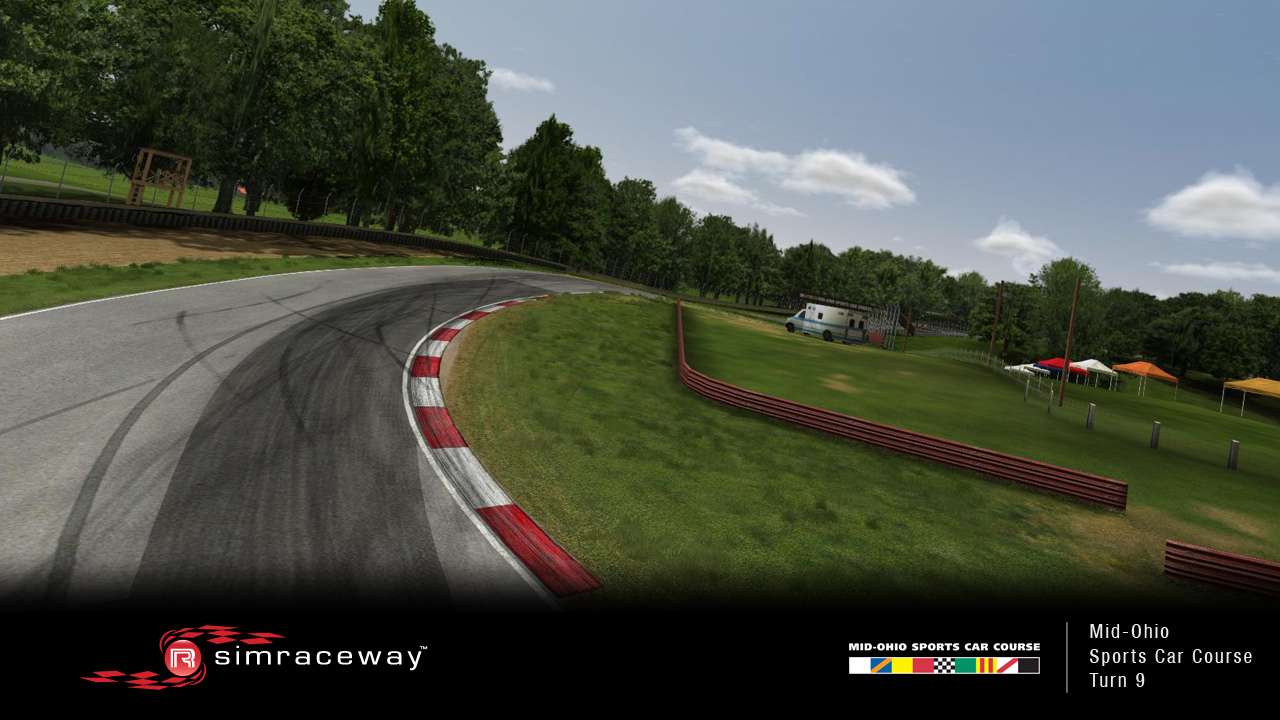 As we progressed, Pagenaud was clearly warming to the task of recreating that epic lap, as if he was, once again, in the cockpit of that beautiful Panoz DP 01.

“Turn 10 (right) is all about commitment and making sure you keep a stable car on entry and going in as fast as you possibly can,” the Frenchman explained. He went on to stress how important it is to turn in very early and aim for the dirt before the kerb. The quickest way through, Pagenaud believes, is to “slide all four wheels all the way.” 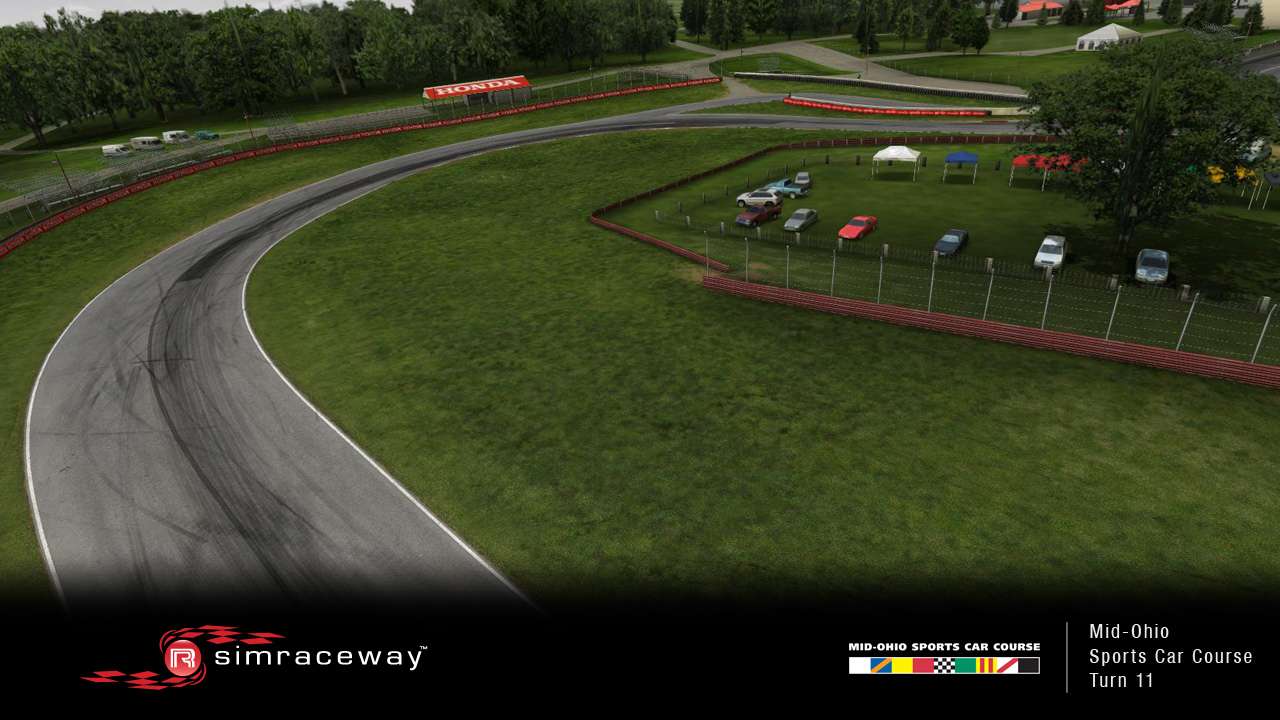 The key to Turn 11 (above) is “braking as late as possible while keeping the front of the car on the white inside line for as long as you can.” The aim is to carry as much speed as you can into the corner, then coast through the middle section. Simon described how the car tells you if you have got this corner right. “You know you are going well when you fight oversteer from entry to the middle of the turn—if you understeer there, it’s mostly because you didn’t commit enough on entry, so keep trying. On exit stay on that curb and be patient to put the power down straight and flat as early as possible looking ahead of Turn 12 (below).” 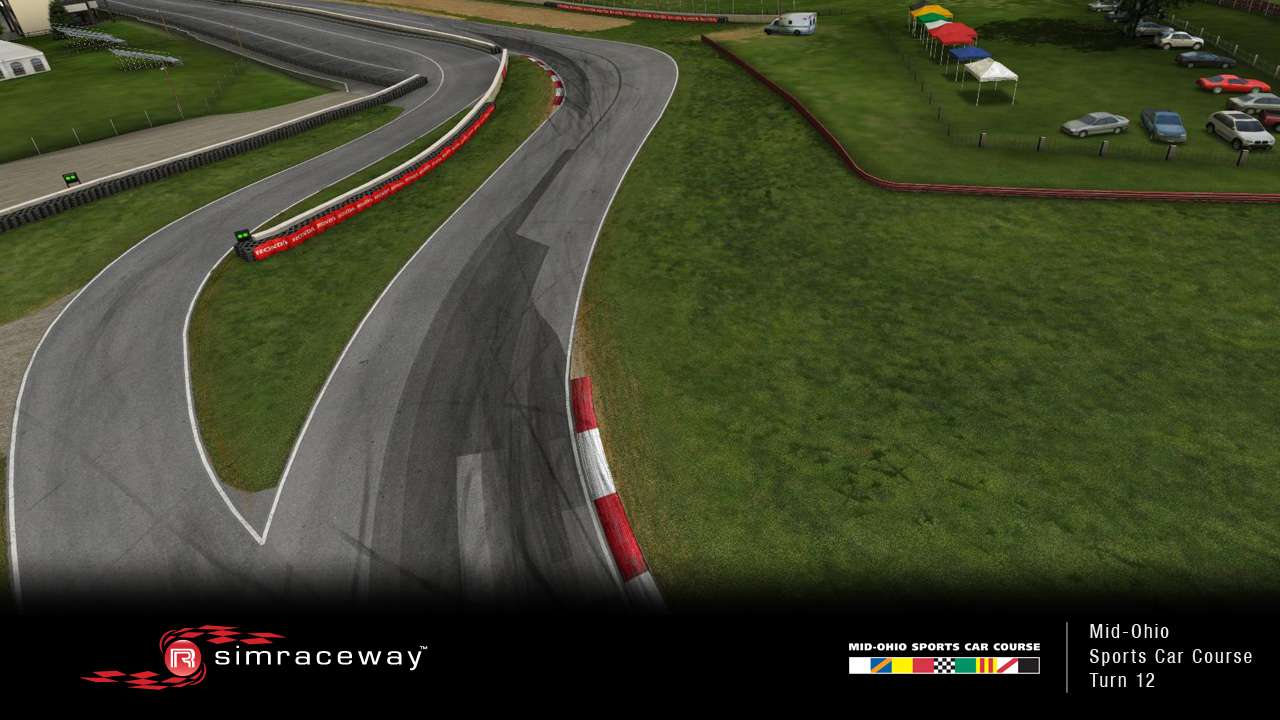 “When the lap is finished, look at your dash. Was that a good lap? If it wasn’t good enough, try again and get your entry right before you try and fix anything else. Good luck and most importantly, have FUN!”

You heard the man! We all need to do what Simon says!