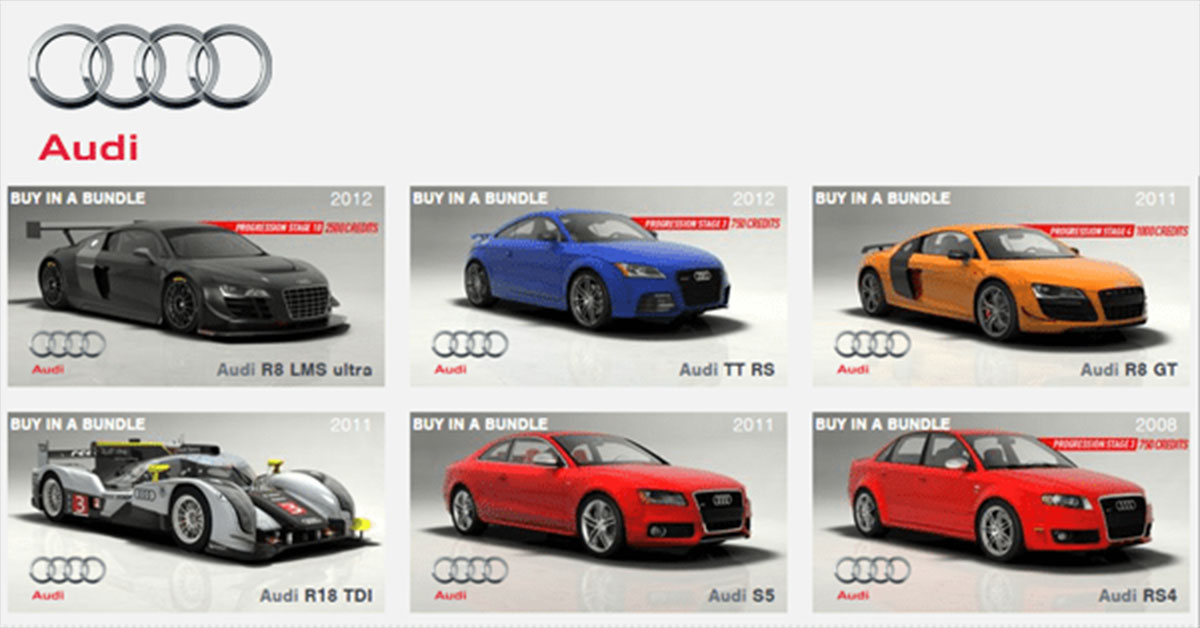 Following the third triumph in the last four years of an R18 at the World Endurance Championship’s 6 Hours of Silverstone, we make no apology for making Audi the third German manufacturer to feature in the first four episodes of our online simulation’s SRW ORW Marques series.

Audi was founded in 1909 in Zwickau, Germany, by August Horch, a respected manufacturer of competitive racers. Its subsequent merger with its three Saxony-based rivals in 1932 to form the Auto Union not only produced the four-interlocking-rings logo that would become synonymous with the marque, it also helped spawn the legend of the “Silver Arrows”, the German-made cars that would dominate pre-war Grand Prix racing.

The Auto Union’s 520-bhp 6-liter Type C won Bernd Rosemeyer the 1936 Drivers’ Championship but the manufacturer was never able to build on this success due to World War II. Not only was all competition halted by its outbreak, the company was effectively liquidated at its conclusion by the occupying Soviet forces who channeled its assets towards reparations.

However the group was successfully revived in Ingolstadt, West Germany, in 1949 and after Volkswagen gained control in 1964, the Audi name began to assume a more prominent position within it—a dominance that was cemented in 1980 when the Audi Quattro, the first volume-production all-wheel-drive car, was released. The Quattro proved to be the ultimate template for a vast production line of road-going performance Audis, from the RS4 to the TT RS, that would extend well into the 21st century.

The original Quattro drew on Audi’s competitive past to dominate rallying and touring car racing at the end of the twentieth century, winning two World Rally Championship Drivers’ and Constructors’ titles and multiple touring car championships across the globe.

Even this domination was eclipsed, though, when Audi entered sports car racing in 1999. Over the next fifteen years the marque recorded thirteen 24 Hours of Le Mans victories, eleven 12 Hours of Sebring wins, and nine American Le Mans Series Manufacturers’ titles thanks to a dynasty of all-conquering sports-prototype cars including the R8, R10 TDI, R15 TDI Plus, R18 TDI, R18 ultra, and R18 e-tron quattro.

This success was then transferred to the GT racing circuit with the introduction of the R8 sports car, named after the marque’s multiple Le Mans-winning sports-prototype.

Audi’s burgeoning reputation prompted Volkswagen to shorten its subsidiary’s name simply to Audi AG in 1985 and in 2002 it was chosen to lead the group’s sporty brand, which also included SEAT and Lamborghini.