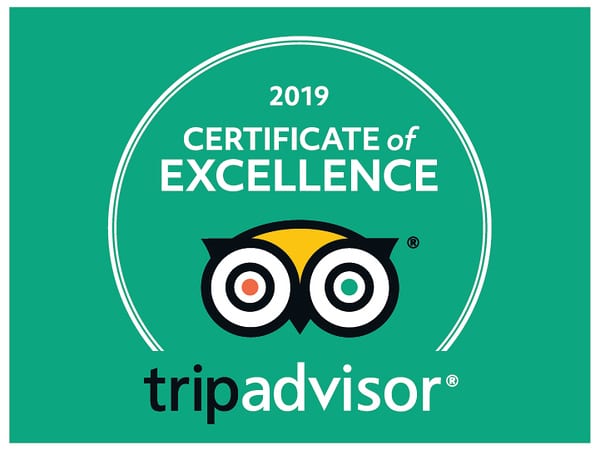 For the fifth straight year, Simraceway won TripAdvisor’s Certificate of Excellence. Simraceway continues as TripAdvisor’s #1 recommended activity in Sonoma, ahead of 95 other activities in what is already a world-renowned travel destination.

TripAdvisor’s Certificate of Excellence is given to businesses that have a perfect 5.0 score.

Simraceway continues as TripAdvisor’s #1 recommended activity in Sonoma, ahead of 95 other activities in what is already a world-renowned travel destination.

“The Certificate of Excellence … has celebrated businesses that have consistently received positive ratings from travellers and diners on the world’s largest travel platform,” said Neela Pal, Vice President of Brand, TripAdvisor.

With hundreds of five-star reviews, Simraceway’s driving programs and experiences have not only satisfied, they have inspired TripAdvisor customers to document their experiences with them on track.

“Joined my son for a day at the track. … We had a great day and learned a ton. It was clear my son was capable of driving much faster than me” said dwest48 of Salinas, California, via TripAdvisor. “The KTM X-bow is so much more a race car. Just a blast.”

“TripAdvisor’s Certificate of Excellence is given to businesses that have a perfect 5.0 score “

Whether driving our the KTM X-Bow sportscars, our Formula 3 cars or your own car on the race track, Simraceway goes the extra mile to ensure drivers have everything they need for a 1st class experience.

“The instructors are top notch, and everyone at Simraceway is focused and professional … the facilities are as immaculate as a Penske engine room,” acclaimed Geoffmcnew after his three-day racing school.

Simraceway even has programs for young drivers, such as youth karting and Teen Safe Driver programs.

“TripAdvisor’s Certificate of Excellence is given to businesses that have a perfect 5.0 score, emphasizing Simraceway’s commitment to customer service and product integrity,” said Shawn Jackson, Director of Driver Concierge

Simraceway is also eligible for TripAdvisor’s Hall of Fame for its three years as a Certificate of Excellence earner and for its #1 attraction placement in Sonoma.

There are plenty of once-in-a-lifetime (or more) experiences at Simraceway, including access to our professional motorsports teams Ligier Lmp3 race cars.

Zoom around the track in Stage 1, 2, or 3 of our racing school, the latter of which awards drivers with a Sports Car Club of America (SCCA) racing license.

“This recognition allows us to publicly recognize businesses that are actively taking into account customer feedback to help travellers confidently experience the most highly reviewed places to eat, stay, and explore,” Pal concluded.