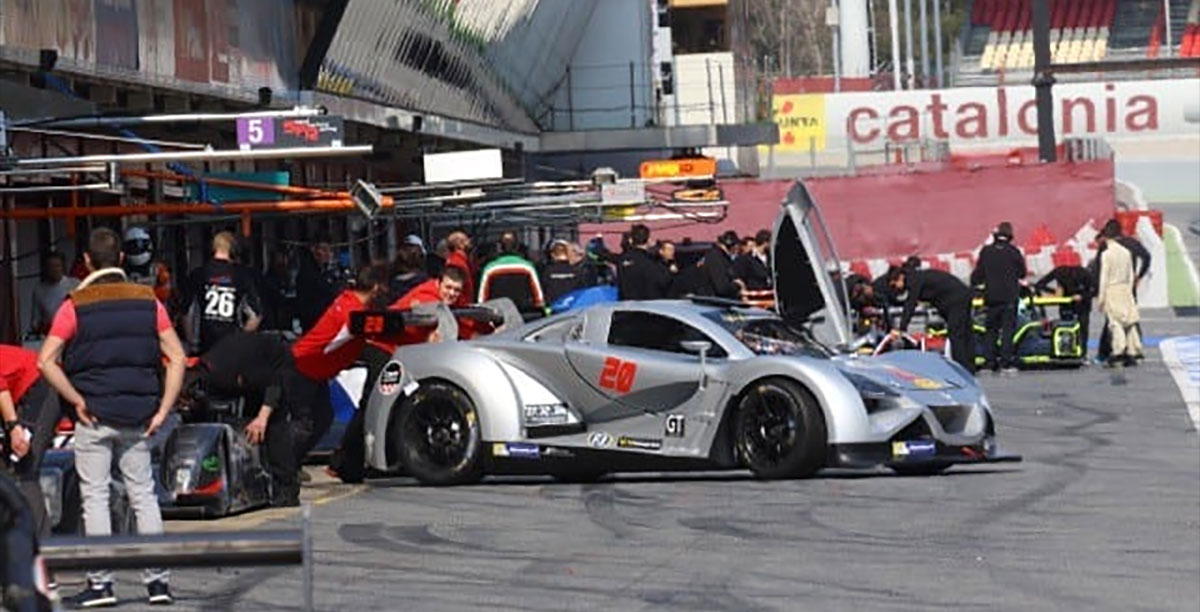 Last weekend Alex Coigny, a frequent racer in our Simraceway F3 series and 5th place finisher in the F3 Winter Series Championship, headed back to his home country of Switzerland to begin his European racing schedule for 2016 in the VdeV European GT Sportscar Championship.

The VdeV is an endurance series that frequents the top racing tracks throughout Europe. The team will also be contesting several rounds of the International Endurance series for races of 12-24 hours in length. Alex will be driving for GPC Motorsport with fellow Swiss driver I’Alexander in a purpose built GT prototype car called a Vortex with a Corvette power plant that nearly matches the pace of the current top line GT3 cars in its debut race weekend! The first race was at Barcelona, which would be familiar to most race fans as the home of F1’s pre-season test days just a few weeks ago.

Alex ran the first and last stints which included some slippery wet weather conditions. He was able to take the car to the checkered flag but unfortunately, due to some technical issues causing some extensive time spent on pit lane, a good result was not forthcoming. The team is determined to get these issues sorted before the next race at Le Mans Bugatti course in April as the potential of the car was already apparent. Also, watch out for another familiar face in the car later on in the year as Simraceway’s very own Tom Dyer will be teaming up with Alex and the GPC team in the 24 hour race at Paul Ricard in July. We certainly wish Alex the very best of luck and look forward to seeing him back in the F3 cockpit  here at Sonoma at the 1st race of the F3 Summer Series in May.