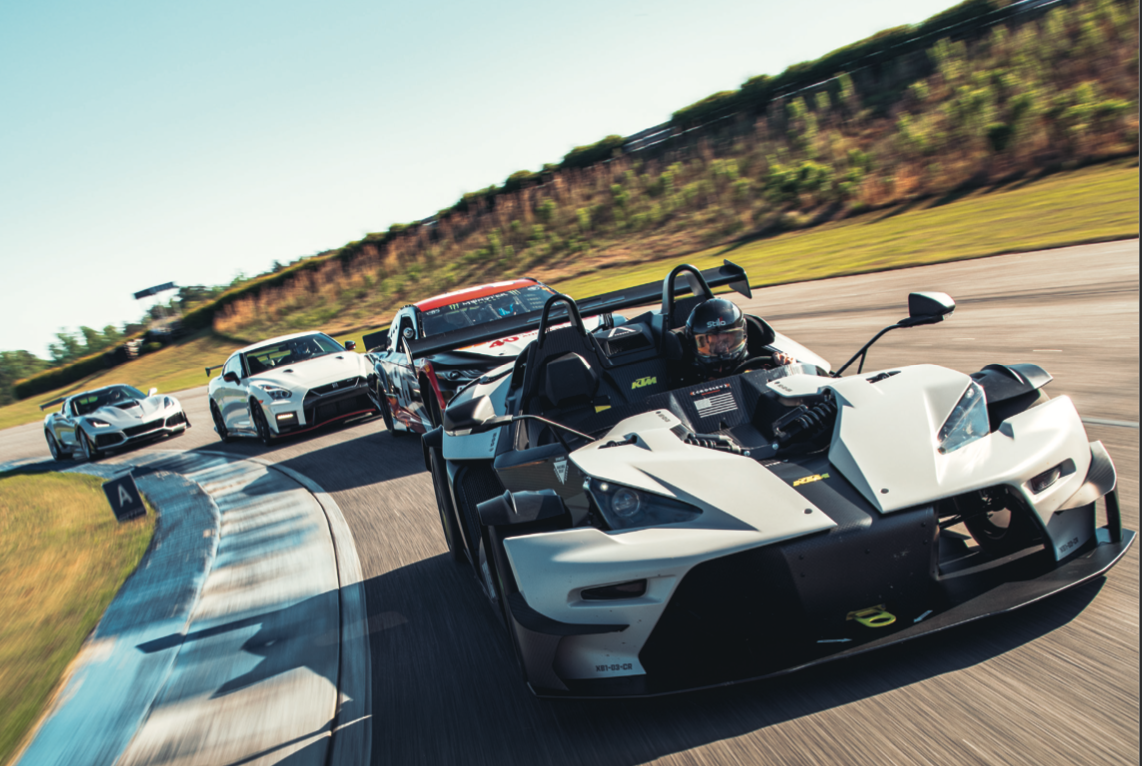 In the September issue of Road & Track magazine, fans and drivers of the KTM X Bow Comp R Limited Edition can find a nice write-up of the Young Schwarzenegger (a nickname given to the car by R&T editors) to gain some valuable insights about its performance, build, and thoughts from industry pros.

There was a distinctly Simraceway flavor to the weekend’s racing with uber-talented PDC alumni Dane Cameron (TUDOR United SportsCar Championship, GTD class) and Gabby Chaves (Indy Lights Championship) both securing significant victories. The wins leave Cameron tied for the lead in the Drivers’ Championship and hands Chaves his first ever Indy Lights title. Congratulations to them!   If […]

As it bids farewell to the beautiful RS7, the Audi sportscar experience is excited to welcome a new lodger to its spectacular display inside Turn 1 of its home track, Sonoma Raceway. Read on to discover more about the all-conquering RS6 World Challenge.

How to Get Around COTA…Fast!

Simraceway Performance Driving Center instructor Matt Bell is one of a select group: a driver who has taken on Circuit of The Americas twice. In fact, in March of this year the Californian got up-close-and-personal with the Austin circuit twice in one day—once in a Chevrolet Camaro SS GS.R, and once in an Audi R8 […]

Simraceway and Circuit of The Americas have always enjoyed a close relationship–we even managed to launch our version of the course three weeks before its real gates swung open–so, on the eve of its second US GP, we’re naturally delighted that the first purpose-built Grand Prix facility in the U.S. has been such a hit in […]

It feels like we’re always congratulating Simraceway pro driver Allan McNish. But that’s mainly because he always seems to be winning things!   The year opened with him claiming the oldest trophy in British motor racing, the RAC Tourist Trophy, at Silverstone. Then he took his third 24 Hours of Le Mans win. Now, thanks […]